A comparison of the Kalash Gandau and remains of pre-Christian idols in the Republic of Armenia.

Further to the previous two posts on comparisons between the religious art of the Kalash and Armenian people, I post this, comparing the "Gandau" statues used in Kalash funery art and remains of pre-Christian idols in various museums in the Republic of Armenia.

Some examples of the "Gandau" of the Kalash people:
Modern Kalash "Gandau" tend not to have the elaborate Turban:
Visiting the city of Etchmiadzin in the Republic of Armenia in November 2010, I went to the Museum and saw this fragment of a pre-Christian idol: 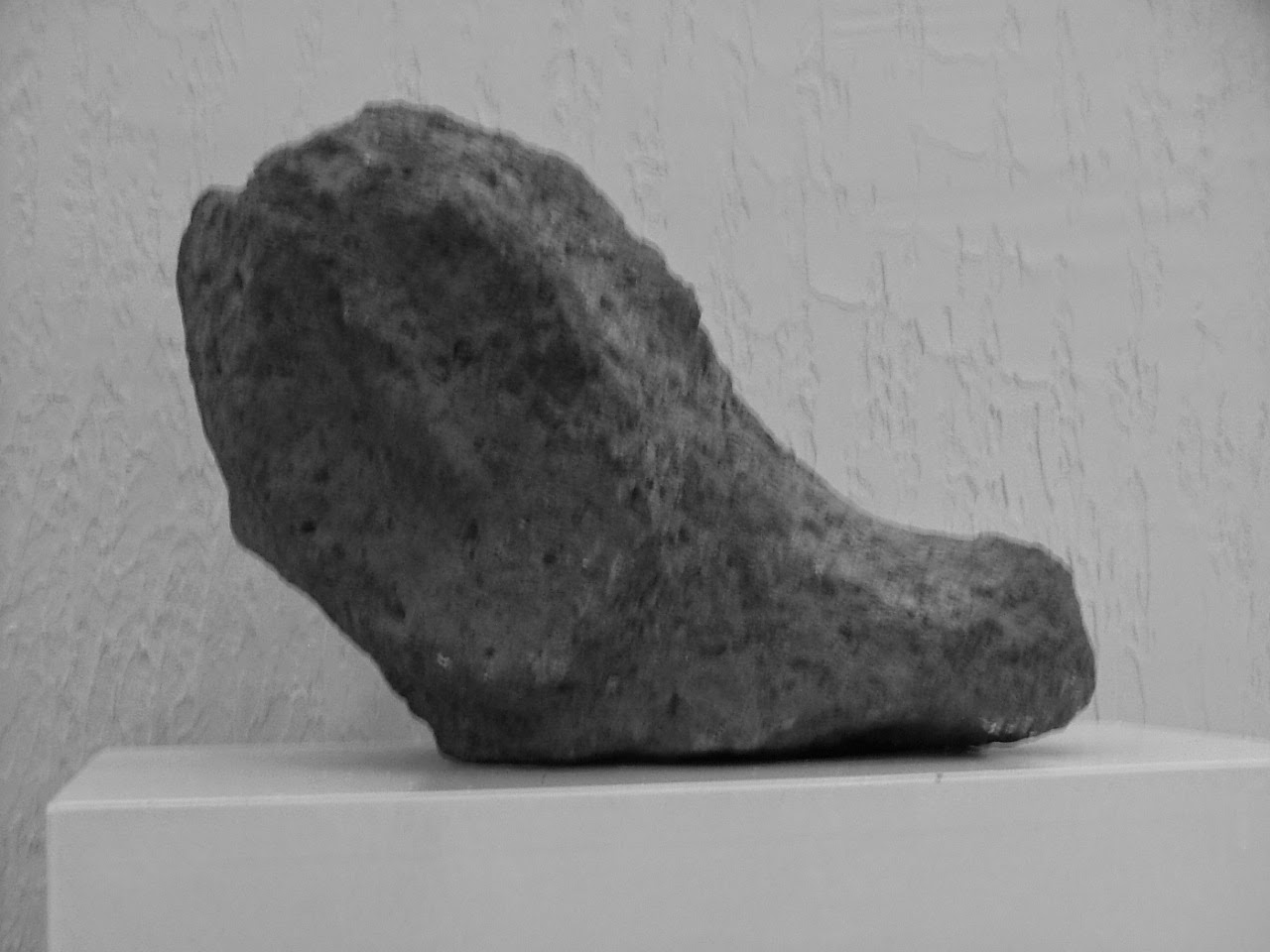 Before this, I had visited the ancient ruin of Erebuni, east of the capital city of the Republic of Armenia, Yerevan, and saw this fragment of a pre-Christian idol in the Erebuni Museum: 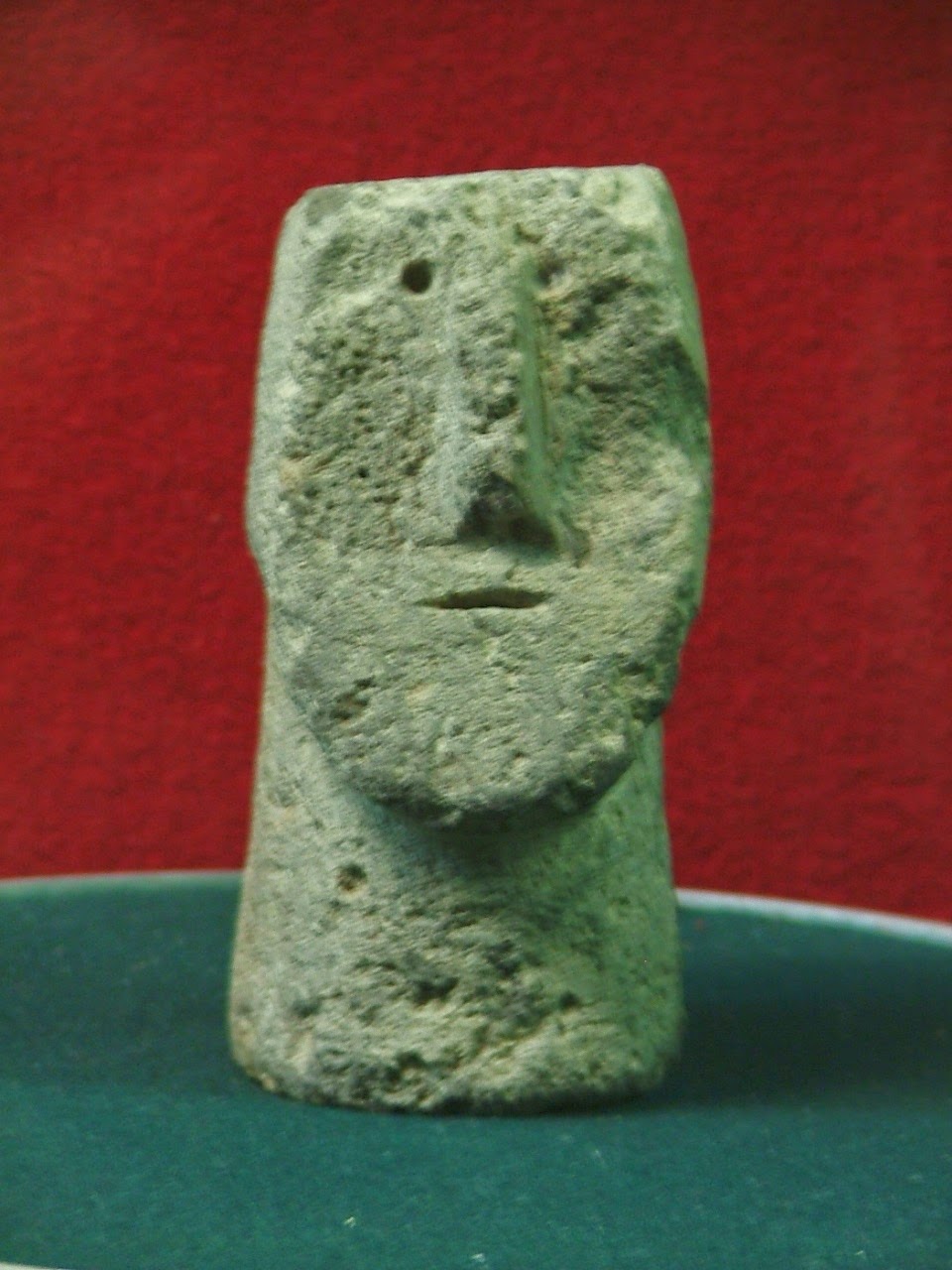 I had visited the National Museum of Armenia in Yerevan as well, but photography is not allowed there, so I did some sketches of the artifacts inside:
In October 2011 I visited the cave of Anapat. It has numerous heads carved into the rock face. The purpuse of the creation of the cave and its carvings is not known.
There is a narrow chamber, to the right of the entrance, that could have been for entombment of bodies. To the left was a stone door, now gone. There is a further chamber in that direction.
Most of the faces resemble those seen on the "Dvin" Altar slab, though there is one main carving featuring four women with a Lion beneath them. 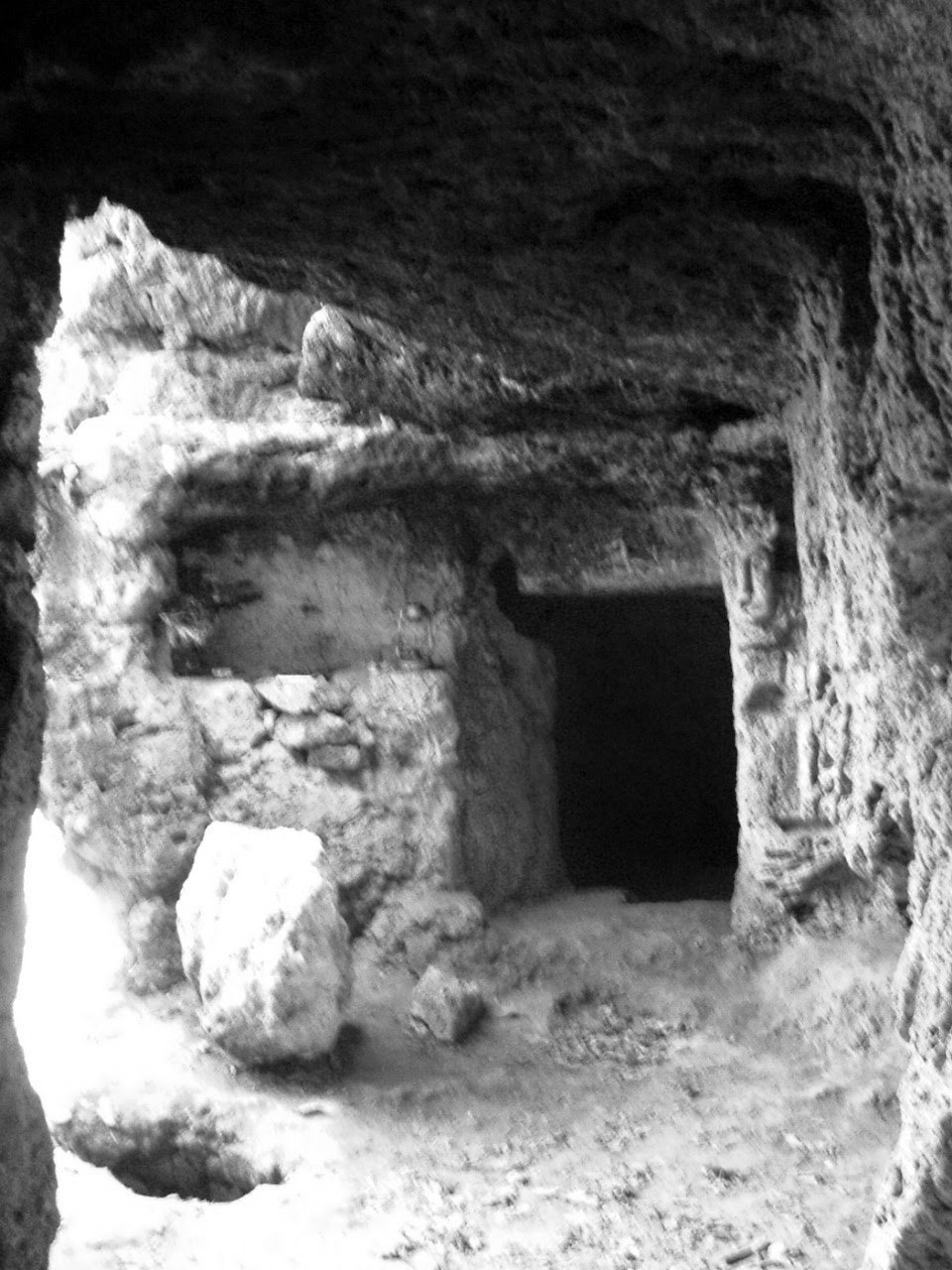 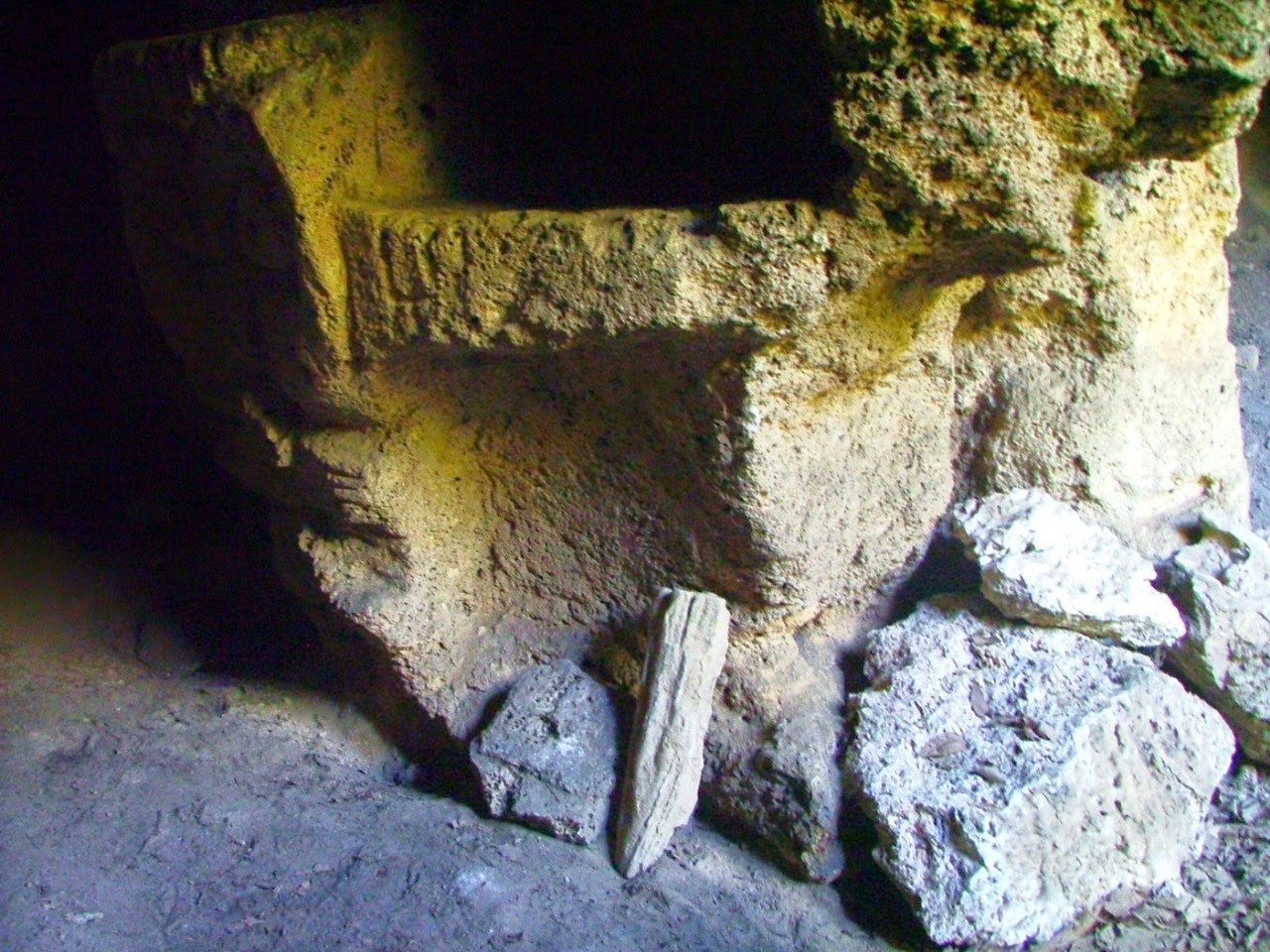 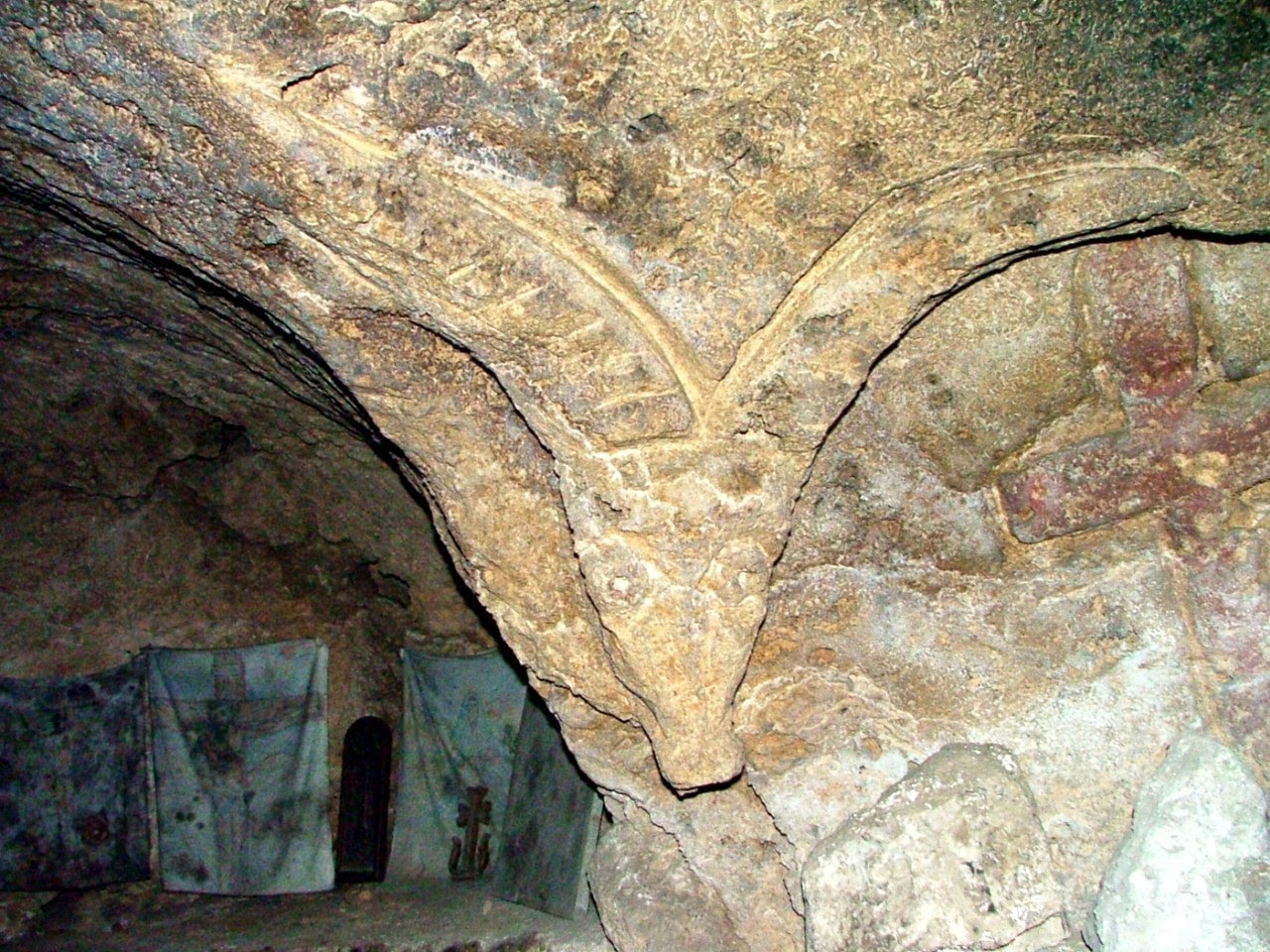 Compare the above photo with the detail of a Goat head carving (with a female figure clasping its horns) from a Kalash wooden carving: 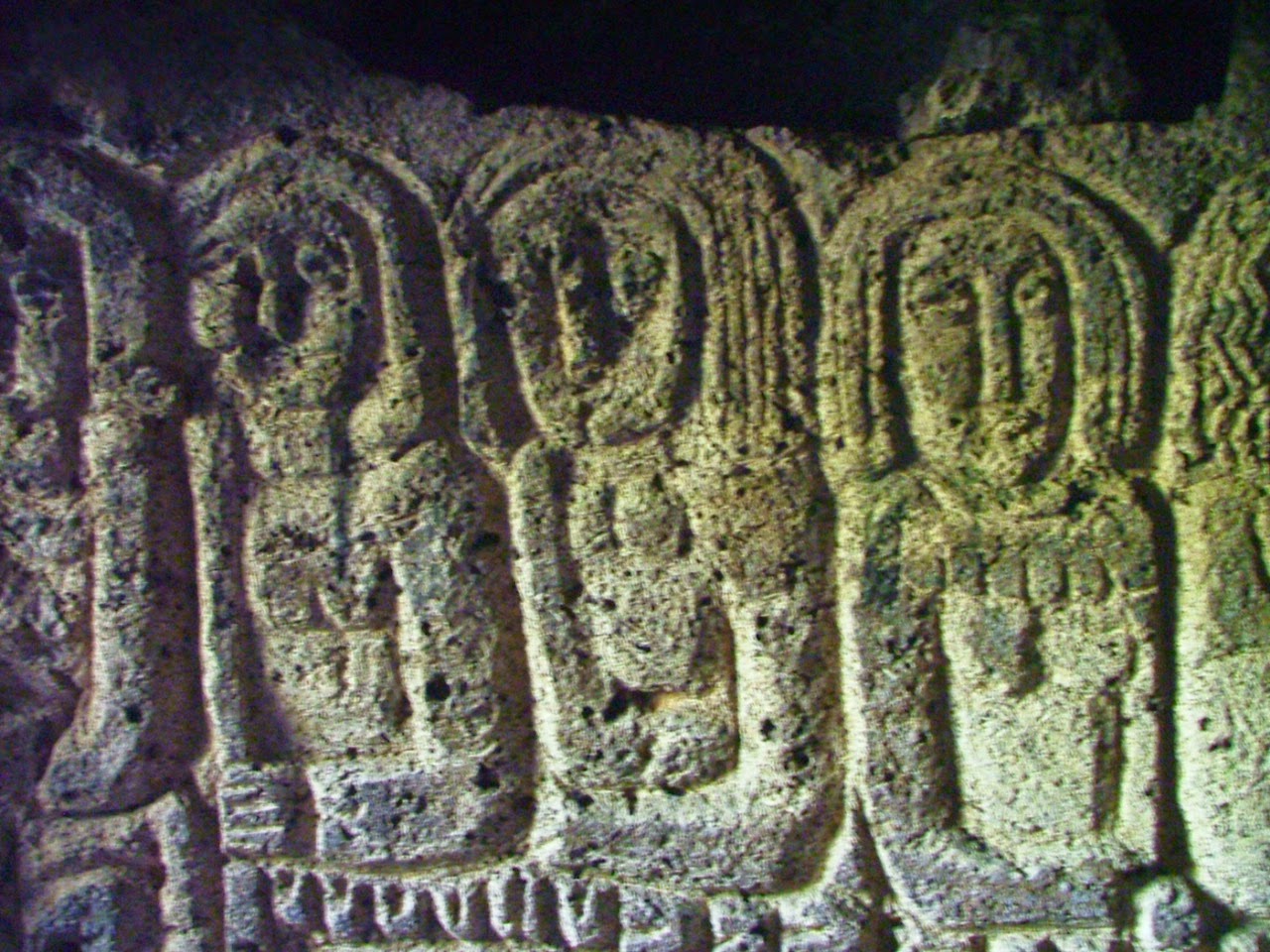 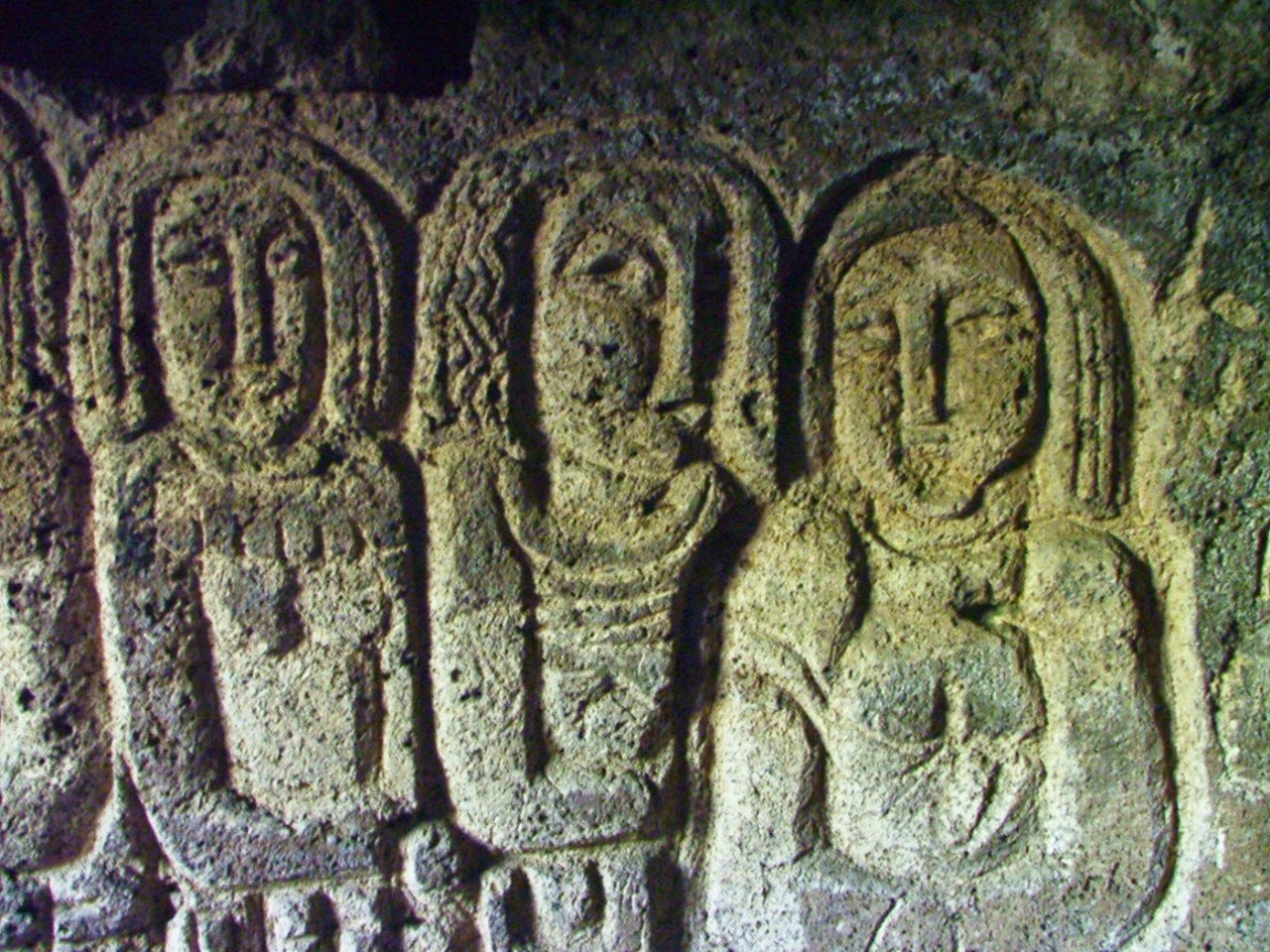 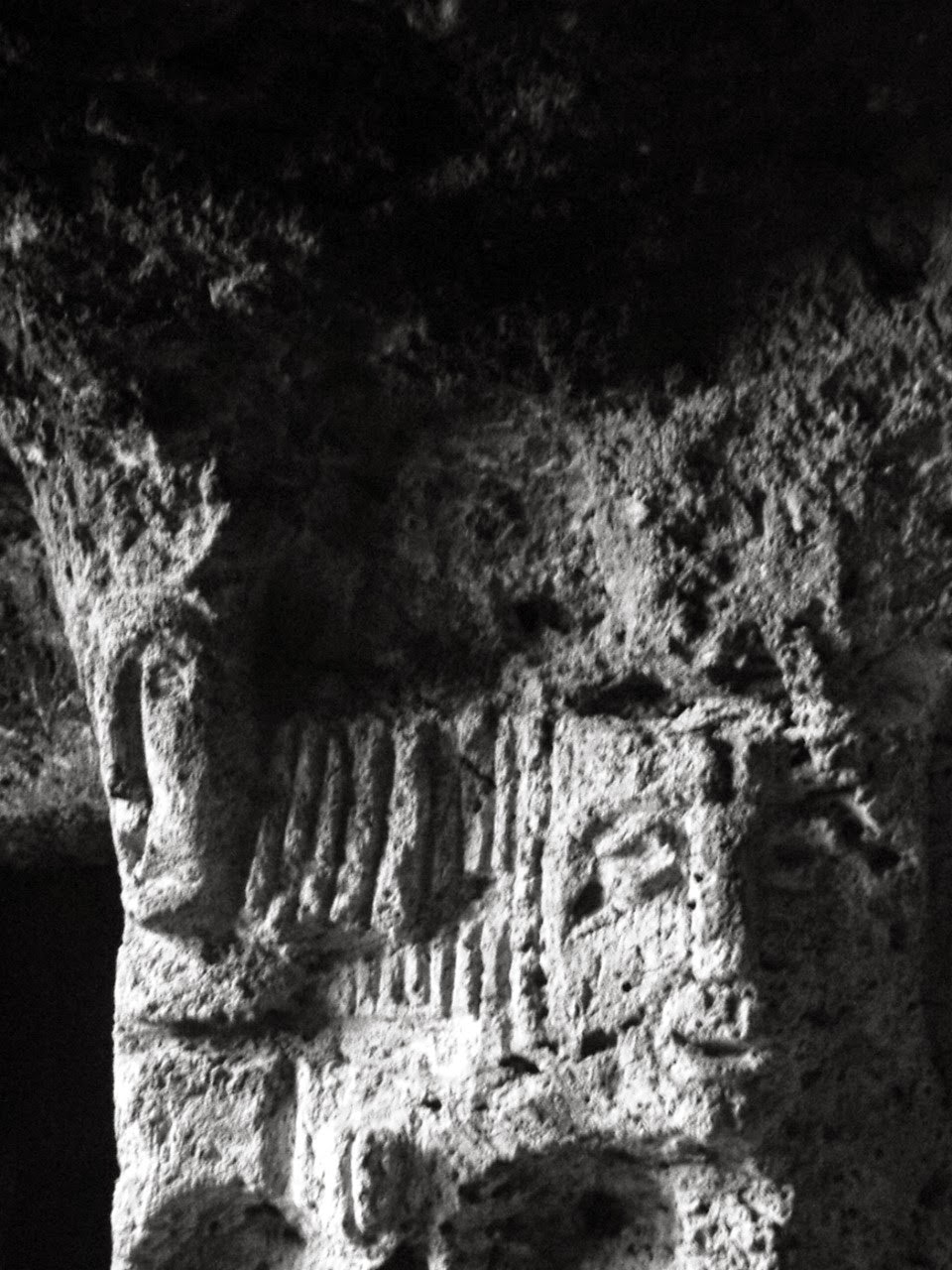 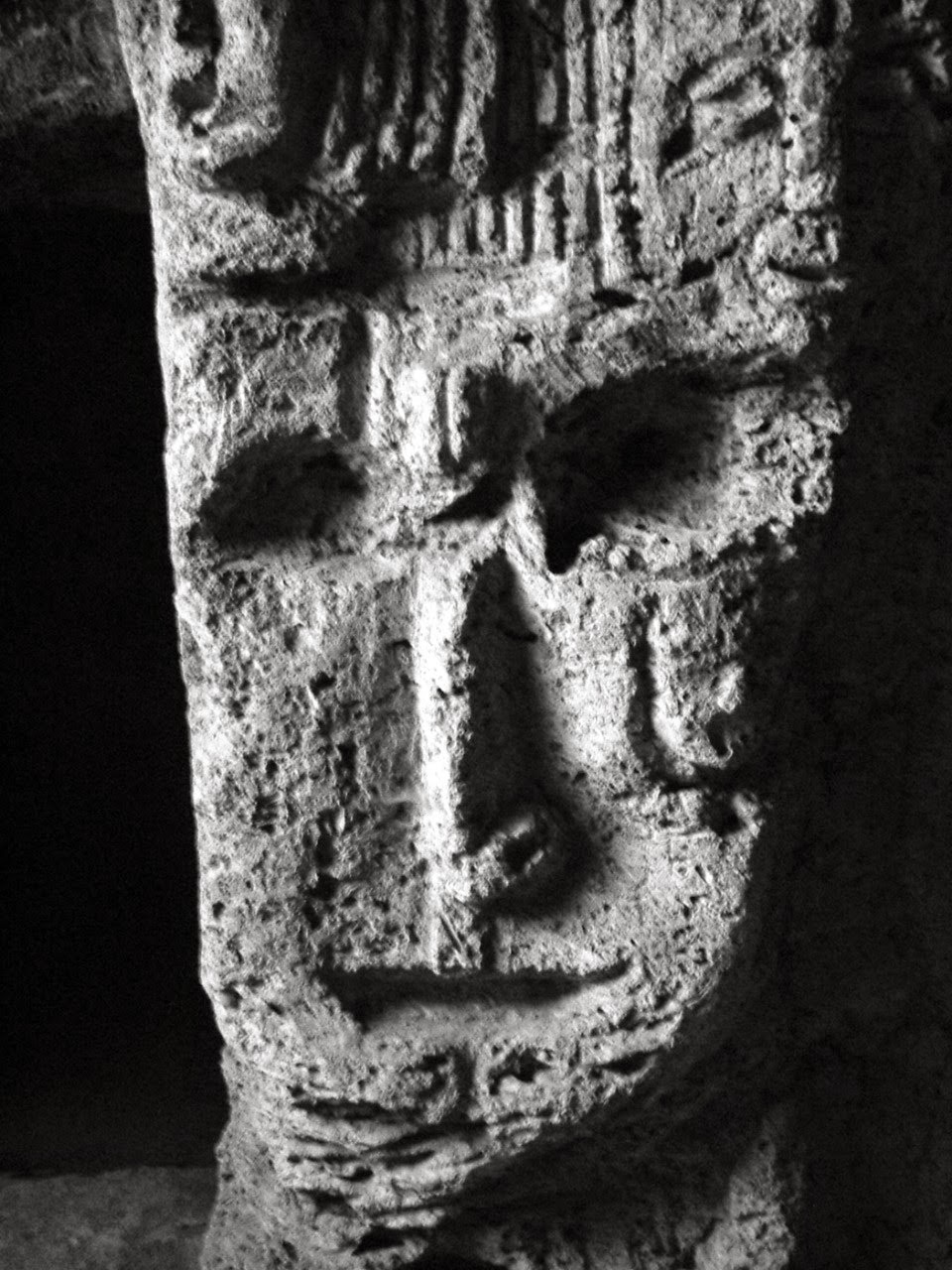 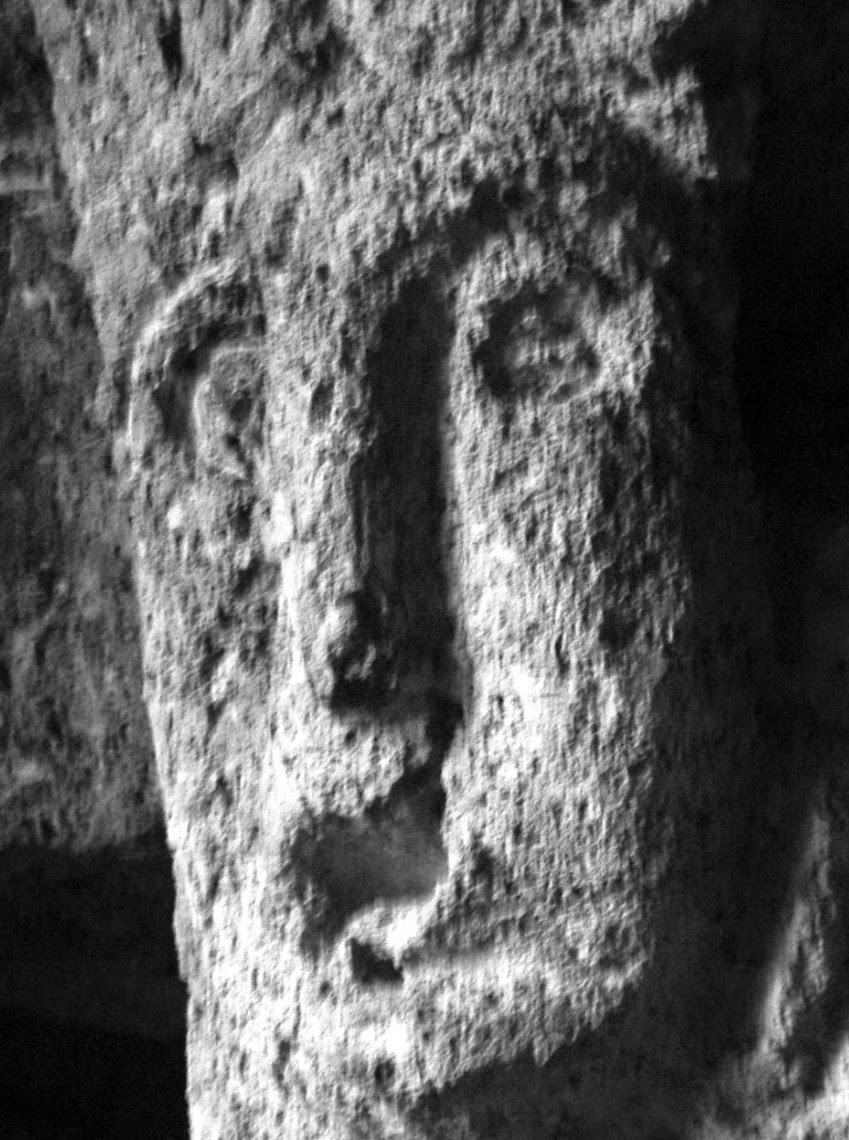