An article in the Daily Telegraph this week has it that a breed of horse is of the type used by the Roman Emperors.

"The archetype of the breed can be seen in many of Rome's bronze and marble equestrian statues, most notably one of Marcus Aurelius which stands in front of the city's town hall, in a piazza designed by Michelangelo in the 1530s for Pope Paul III."

However the horses shown in the photo have long ears, compared to sculptural examples of Roman Imperial Horses. 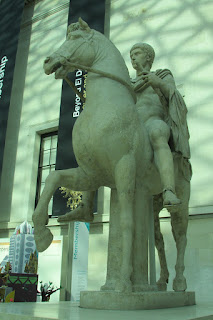 There was a famous breed of Horse of the Roman era, known as the "Nisean Horse".
Though originating from the Zagros region of Iran, a number of these Horses were brought back to Rome after Octavian defeated Marc Anthony.
Marc Anthony had captured a number of these Horses during his campaign into northern Iran.
Posted by Masis at 02:03 No comments:

Mosaic of "Alexander the Great"?

A mosaic found in the remains of a 5th century Synagogue in Huqoq, Israel, is thought to show Alexander the Great.


To me, the man depicted looks more like Julian the Apostate.

"Battle elephants were associated with Greek armies beginning with Alexander the Great, so this might be a depiction of a Jewish legend about the meeting between Alexander and the Jewish high priest" ~ Professor Jodi Magness, University of North Carolina.

So it is not definitely Alexander the Great.
Battle Elephants also comprised the Persian army that defeated and killed Julian the Apostate.


Julian was blonde and as Emperor, bearded, as shown in the AE2 coin from the Antioch mint below: 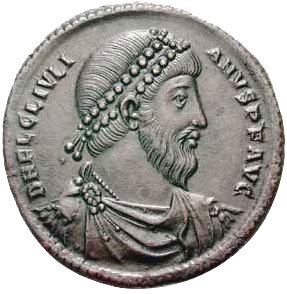 More importantly, regarding the Jews, he favoured them.

Note also the imperial purple robe the man is wearing in the mosaic.

Emperor Constantine I is credited with making Christianity the official religion of the Roman Empire.

However it was a gradual process.
Initially Constantine, like most Roman Caesars and Emperors, venerated a number of deities.
Sol Invictus came to be the deity that featured most often on his coins.
Below, an AE Half Follis of Constantine from the mint of Trier, dated to 310-311 AD, with Sol Invictus on the reverse:

The Edict of Milan in 313 AD granted freedom for Christians to practise without oppression.
Constantine ordered the construction of a Basilica upon the tomb of St. Peter, either between 318 - 322 AD.
Below, photo showing a deity, on the entrance to the "Tomb of the Julii", part of the Vatican Necropolis complex under the Basilica of St. Peter's. 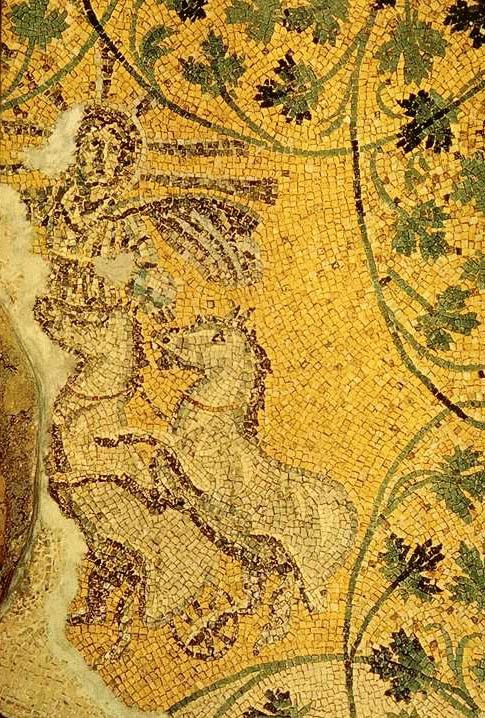 In 321 AD he made the day of Sol Invictus a day to be venerated both by Pagans and Christians.
We call this day Sunday.
In 330 AD at the centre of his new capital, Constantinople, he had erected a column upon which was a statue of himself in the guise of Apollo.
Below, detail from a porphyry sarcophagus, thought by Dr. Jonathan Bardill to be that of Constantine, outside Haghia Eirene, Istanbul: 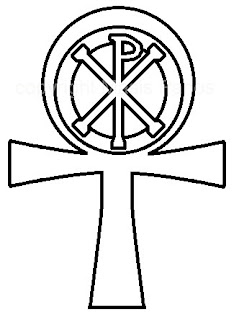 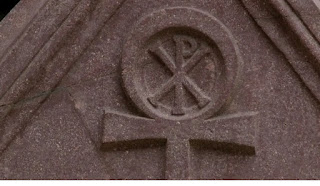